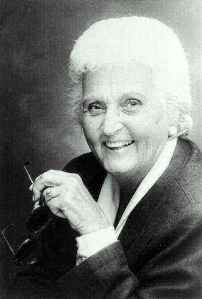 Ms. Denney and Dr. Garver admired New York’s famed fine arts high school (LaGuardia), and felt that HISD had grown in numbers and talent to the extent that such a program could be established for the gifted youth of Houston, without adversely affecting the many excellent neighborhood high schools. This was before the now-familiar term, “magnet school,” was coined, but the concept was identical.

After many months of planning, HSPVA opened its doors in the fall of 1971 in an abandoned synagogue just south of downtown Houston. The school was successful from day one (a surprise to many), and has since evolved to become one of the most renowned arts training programs in the world, with curricula offered in Creative Writing, Dance, Music, Theatre, and Visual Arts; also with traditional high school academic offerings of the highest caliber.

Ruth Denney shepherded HSPVA through its early years, and then departed in 1976 to become Professor of Theatre at the University of Texas/Austin. She retired from UT in 1988, remaining in Austin until her death in 2007 at age 92.

Among Ms. Denney’s many significant honors:

• HSPVA’s performance hall is named, in perpetuity, The Ruth Denney Theatre
• The Ruth Denney Endowed Presidential Scholarship in Theatre at the University of Texas, established at the time of her retirement 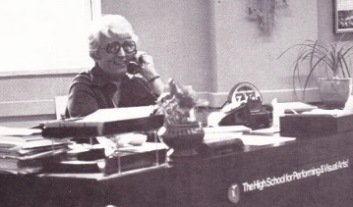 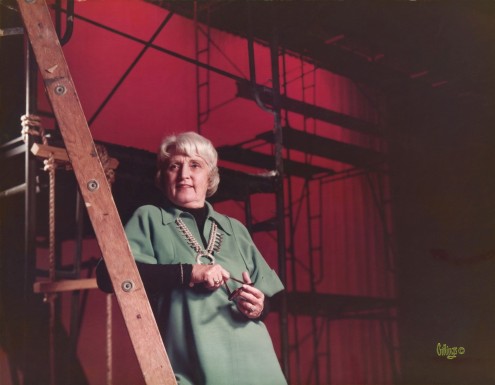 Further information about HSPVA, including audition details, is available at the school’s website:
Kinder HSPVA